As wildfires rage across the continent of Australia, capturing media focus around the world, people are once again reminded of the synergistic impact of climate change and wildfires. Climatic factors conducive to an uptick in fire activity include extreme high ambient temperatures, low soil moisture, decreased rainfall, and increased solar radiation. 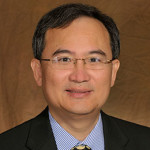 CEE’s John D. Tickle Professor Joshua Fu has completed a collaborative study with researchers at Emory University and the University of Nevada to understand how smoke particles from wildfires can impact human health.

The study focuses on Colorado wildfires between 2011-14 published in Environment International in December 2019, but its findings can be correlated to other widespread fires.

“
When looking at the cost of wildfires, you also have to account for the cost to human health. Although there is consistent evidence for the associations between wildfire events and disease, there have been very few studies using the method on the human health impact of wildfire smoke until now.”

The study relied on wildfire data from a NASA satellite, US Environmental Protection Agency emissions inventory and ground measurements, and air quality modeling. The research team used computer modeling to calculate two scenarios–one with and one without smoke and dust particles.

Medical data was obtained from the Colorado Department of Public Health and Environment, and a total of 446,106 emergency room visits were analyzed.

One of the outcomes of the study showed an increase in positive associations between fire events and both asthma and combined respiratory disease. The asthma association was substantially larger than reported in previous publications. Fu said that the results of the study may be explained by the toxicity of smoke produced by wildfires, since wildfire smoke contains different chemicals than found in ambient air.